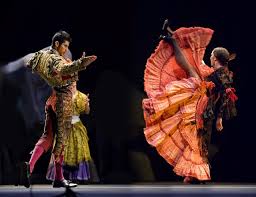 NOTHING typifies Spain more so than flamenco dancers!

And for the next eight months residents living in Malaga can sample the country’s most famous dance over and over again.

The fourth edition of the Biennial flamenco will be inaugurated in the Cervantes Theatre in Malaga on February 17.

A series of performances will then been rolled out across the province in a series of shows and events to set pulses racing and feet stomping.

Featuring famous Flamenco artist La Caneta, the flamenco extravaganza will take place in 40 towns until the curtain comes down in September.

Growing on its own success, the budget for this year’s event has grown by 50,00 to 300,000 and is set to be the biggest and most flamboyant so far.

The opening performance on February 17 will feature La Moneta, an up-and-coming dancer from Granada with El Pele starring as the guest artist.