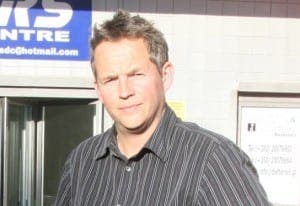 FRAUDULENT activity is one thing – and obviously not something we condone – but owing hundreds of pounds to charity has to be a new low.

Expat businessman Richard Brooks has apparently returned to his old tricks in Yorkshire after vanishing from Gibraltar with tens of thousands pounds of unpaid debt.

Inciting fear into Darlington sources and leaving colleagues out of pocket, we hope England is ready for this elusive character.