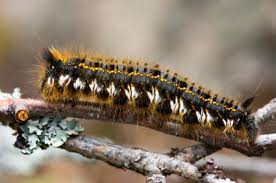 A PLAGUE of the infamous processionary caterpillars has left 300 cyclists seeking medical treatment in Sevilla.

The city’s traditional bike ride to La Corchuela park – in celebration of Andalucia Day – was interrupted by the caterpillars, that have been spotted across the region.

More than 200 cyclists were attended by emergency medical units at the park, suffering from allergic reactions to the caterpillars.

The nearby ‘Nuestra Senora de la Nieves’ health centre attended to a further 90 cyclists with the same allergic symptoms over the weekend.

The first deputy mayor of Los Palacios, Carmen Maria Molina, has demanded ‘an urgent explanation from those responsible for La Corchuela park for what happened’, claiming that the park authorities did not alert them to the presence of the caterpillars.

The chief of emergencies at the town hall visited the park the week before the event but was still not warned about the caterpillars.