THE world’s top billionaires are all looking to Spain for a cut-price piece of the property pie.

After beating off Soros to become the largest shareholder in building firm FCC in December, Slim is now set to become the second largest investor in Realia, one of Spain’s largest property developers.

Slim’s investment company, Inmobiliaria Carso, has announced plans to buy a 25% stake worth €45 million in Realia, ahead of making a full takeover offer.

He also became one of the largest shareholders in leading Spanish builder Fomento de Construcciones y Contratas SA during a €1 billion capital expansion aimed at reducing the beleaguered company’s debt.

Microsoft founder Bill Gates in turn purchased a 5.7% stake in the company, immediately creating a hype around the Spanish property market.

While Zara owner Ortega’s property empire includes some of Spain’s most exclusive sites, such as Barcelona’s Passeig de Gracia. 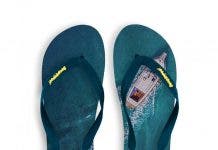 BREAKING: Spain will open its land borders with France and Portugal on June 22