SPANISH superstar Antonio Banderas has revealed that he is moving to London to study clothing design. 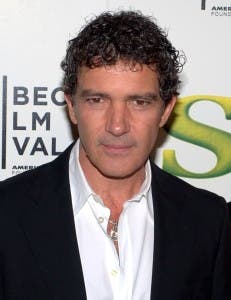 The Hollywood 54-year-old is trading in the limelight for a rigorous course in clothing design at the word-famous Central St Martin’s art school.

The college has seen alumni such as John Galliano, Stella McCartney and Alexander McQueen among its students.

Banderas says he won’t stop acting and directing and thinks it might ‘take a while’ before he can embark on this new adventure.