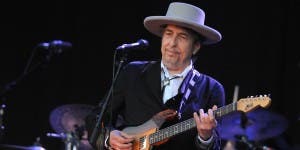 LEGENDARY American singer Bob Dylan is set to take to the stage in Granada this summer.

As part of his Never Ending Tour around the world, the 73-year-old will appear at the Palacio de Deportes on July 8 according to Granada Town Hall.

Promoting his 36th album ‘Shadows in the Night’, Dylan will embark on an European tour in June, starting in Rome.

Official confirmation is still awaited from Dylan’s camp but it appears the ‘Blowin in the Wind’ star is set for a trip to southern Spain.