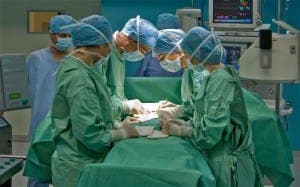 THE first ever international treaty to combat human organ trafficking has been signed by 14 European nations in Madrid.

The agreement will make it illegal to take organs from people living or dead without their full consent and  also bans making money off transplants.

“This is one of the most exploitative trades on the planet,” European Council secretary general Thorbjoern Jagland said.

“The so-called donors are the impoverished, the weak, the orphaned, the uneducated, the vulnerable.”