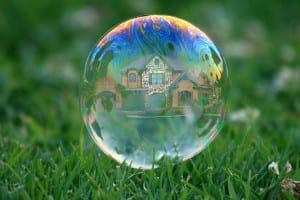 IT’S not just premium areas on the Costa del Sol that are recovering rapidly. All over Europe, property prices and sales are surging in select spots where demand outstrips supply and where the wealthy want to buy.

Since the start of the year, I’ve written a couple of columns about the real-estate market picking up in prime locations on the Costa del Sol. Citing data on transactions, values, and purchasers from multiple sources, I’ve tried to explain why demand for quality property on the coast is, once again, on the upturn. Some may say that’s simply talking up the market (full disclosure: I am an estate agent), but those numbers aren’t made up.

In last week’s first-ever Property magazine, well-respected Spanish property commentator Mark Stücklin came to the same conclusion. Highlighting rises in sales last year, both in Marbella itself and in Malaga province, he noted  the market is only really recovering strongly in those locations where cash-rich foreign buyers choose to invest their money. And what is true on the Costa del Sol applies pretty much everywhere else in Europe.

Although Marbella may lead the way at home, it’s far from the only in-demand hotspot among the 28 members. Last year, Europe’s top 15 markets saw sales jump 36%, driven by commercial and residential deals worth €200 billion according to Savills. The highest growth occurred in ‘riskier’ states like Ireland and, you guessed it, Spain, where prices and sales fell faster and farther post-financial crisis. Recovery has come at a faster pace than forecast, but, rather than take place evenly, demand and prices are really only rising in pockets of wealth.

Earlier this month, The Irish Times reported the Emerald Isle was looking greener than ever in 2014, thanks to a massive influx of real-estate investment in the year to September. Nationwide, the marketplace grew by 15% last year, but prices shot up in Dublin by over 24% year-on-year, until the end of October. In Spain, only Barcelona and Marbella posted real price increases last year and are where sales should rise most in 2015. According to most market experts, Madrid will surely add its name to the list before the year is out.

Even in more resilient markets like the UK, while prices continued to climb all across the country in 2013, they did so at well over twice the rate in the capital. Last December, The Telegraph noted property prices in the UK rose by an average 6% in 2014, whereas in London they jumped by more than 15.5%, fuelled by an upsurge in demand for high-end residential properties among overseas cash buyers.

Some observers have expressed concern that another bubble may be forming, meaning the feeding frenzy could lead to stomach ache for those whose appetite gets out of control. Outside Europe, some of the fastest-growing markets globally, many of which were in Asia, have slowed down or even started sliding downhill into recessionary cycles, after double-digit price and sales hikes resulted in overheating. Even investment darling Dublin saw prices this January drop by 2% again.

Nevertheless, strong spending – by investment funds that have billions on the books and are acquiring assets in capital cities, HNWIs (high-net-worth individuals) shopping for cut-price homes in high-price locations to add to their portfolios, and ordinary investors who feel the market has finally bottomed out and would rather take their money out of the bank and sink it into property – looks set to be sustained for some time to come.

Historically low interest rates, the euro’s ongoing depreciation against most other major currencies, and even the ECB’s quantitative easing plans have all contributed to making the purchase of property in some of the best addresses in Europe look like a good, and a relatively safe, bet in the long term.