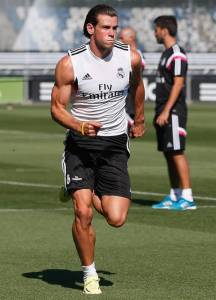 THE media tussle between the BBC and Spanish sports newspaper Marca is bizarre to say the least.

If Marca’s barrage of abuse against Real Madrid star Gareth Bale was strange, then the paper’s decision to lambast the BBC’s coverage of the Jimmy Saville fallout – and then tie in the misrepresentation of flags during a rugby game – was at best comical.

Bale may have turned his ‘poor form’ around, now let’s hope Marca can now do the same.