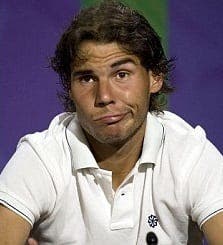 AFTER his steamy underwear campaign with Tommy Hilfiger, tennis star Rafa Nadal is set to show off a different kind of meat and two veg… ham, olives and grapes.

The new face of Spain’s agriculture industry, Rafa will be promoting the country’s very best produce in a new promotional campaign.

Focussing on the slogan ‘born in Spain, admired around the world’ he will be focussing, in particular, on olive oil, wine and jamon.

And Rafa’s image rights don’t come cheap, with an estimated cost of around €1 million for the tennis ace’s services.