The online network lets people travel worry-free, assured their home and pets are in safe hands.

Boasting more than 1,000 sitters and owners in 20 countries as far afield as Costa Rica, the network is on the up.

Former marketing exec Lamia Walker launched HouseSitMatch from her garage in Buckinghamshire, but  now employs five staff – two of whom are house-sitting their way around the world.

Walker met with representatives of similar companies such as AirBnB and Blablacar at the Financial Times inaugural summit on the Sharing Economy, where they discussed collaboration for mutual benefit. 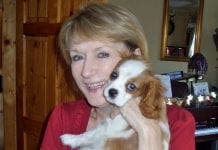