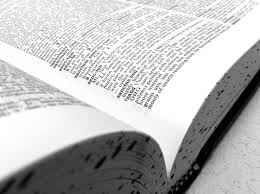 A CAMPAIGN to remove the Spanish dictionary definition of gypsies as ‘swindlers’ has been launched by Roma groups.

With complaints lodged at Spain’s Royal Language Academy, the Gypsy Secretariat Foundation is trailblazing the campaign against this pejorative view of gitanos.

Ever since Spain’s most authoritative dictionary defined ‘gypsy’ as ‘one who lies and cheats’ (trapacero) in its 23rd edition, launched in November 2014, gypsy communities have been in uproar.

Ironically, the definition was a failed attempt to make good the previous definition, which connected gitanos with fraud and deception.

The academy has defended itself saying the definition reflects actual use and is not intended to be derogatory.

BREAKING: Roma will not travel to Spain for their Europa League match against Sevilla, as planes from Italy aren’t authorised to land in the...

Alex Trelinski - 8 Dec, 2021 @ 20:00
A man has been arrested for domestic violence after his girlfriend claimed she was locked up every time he went to work. Police in the...