His death was confirmed by colleague and fellow Brit Paul Preston yesterday in Barcelona.

Born in Bath, Carr went on to write many historical works, including the seminal ‘Spain 1808-1939’. 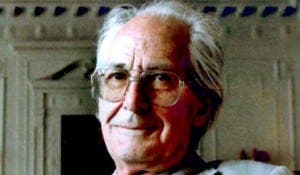 Published in 1966, the book went on to establish the basis for modern historical study of Spain.

Carr received the Prince of Asturias award in 1999 in recognition of his work on Spanish history.

He was also a keen Latin American historian, and his intellectual endeavours saw him knighted by Queen Elizabeth.

In one of his last public appearances in London three years ago, Carr received the Banco Santander Foundation Award for Hispano-British relations to thank him for his part in bringing the two countries closer together through the study of Spanish history.