ON this day in 1970, 20 million Americans poured out into the streets calling for an environmental movement. 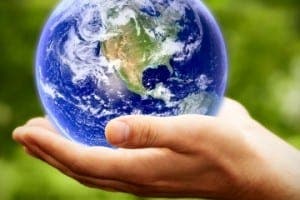 In an attempt to harness the emerging consciousness, anti-war protesters transferred their energy on to environmental concerns.

Today, 45 years later, Earth Day is an international effort and the EU has stated that 2015 should be the year that economic growth and sustainability go hand in hand.

Leading scientists marked the event by releasing a statement that 75% of known fossil fuel reserves must stay in the ground to avoid worsening global warning.

Otherwise, claim The Earth League, warming will breach a rise of 2 degrees.