SPAIN leads the EU with the highest school dropout rates for the fourth year running, with 21.9% of 18-24 year olds leaving education early. 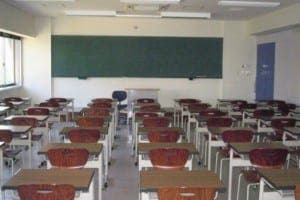 Men are far more likely to quit than women, with 25.6% of males terminating school early versus just 18.1% of females, according to the latest figures from Eurostat.

While Spain’s overall rate is just under double the EU’s average rate of 11.1%, it is a great improvement on previous years – in 2006, a massive 30.3% students failed to see schooling through.

It has consistently dropped since then until 2014 when the rate was also 21.9%.

The good news is that Spain boasts 42.3% of 30-34 year olds with a university education, marginally higher than the EU average.

The Spanish government’s aim is to persuade Spain’s young people to stay in school and reduce drop outs to 15% by 2020.

The UK sits in the middle with a rate of 11.8% failing to see education through.