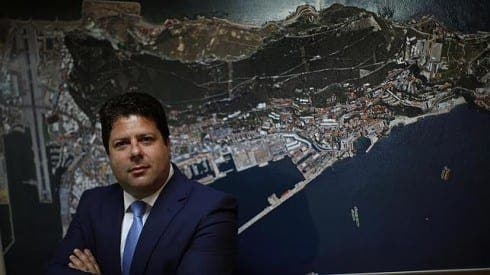 GIBRALTAR’S Chief Minister, Fabian Picardo, has sent a message of congratulations to the Duke and Duchess of Cambridge on the very same day that his own second son was born.

“On behalf of the people of Gibraltar I sent them our very best wishes on the birth of their daughter,’ said the Chief Minister.

“Everyone on the Rock is thrilled to hear their wonderful news and of course we hope that they will all be able to visit us in the not-too-distant future.”

The Duchess of Cambridge gave birth to a girl at 8.34am this morning at the Lindo Wing of St Mary’s Hospital in London. The Duke of Cambridge was present for the birth of the couple’s second child, who weighed in at 8lb 3oz. Both mother and baby are “doing well”, the palace said.

Meanwhile Oliver Louis Picardo was born at 13.28 today weighing in at 7lb 14oz. Both Justine Picardo and Oliver are doing well.

The Union Flag will be flown on all Gibraltar’s public buildings on Monday.

Gibraltar will have to learn to adapt to ‘uncomfortable’ post-Brexit reality, says Picardo

John Culatto - 26 Jan, 2023 @ 16:49
PLANS to give new life to Gibraltar’s shopping experience have been shelved after communication with businesses along Main Street broke down. The Gibraltar Parliament passed...

WATCH: Jury clears four men of importing £11 million of hash to Gibraltar after they admitted to possessing it