A PAIR of Spanish politicians have stripped off for their election campaign.

Wanting to appear more ‘transparent’ to voters, PSOE candidate in Cantabria, Luis Alberto Nicolas, has bared all with just a red rose covering his privates.

Meanwhile far right-wing Party for Freedom’s Yolanda Couceiro Morin stipped off in her bid to become mayor of Portugalete, near Bilbao.

Finally, in case you didn’t know, the trailblazer in this bizarre stunt was no less than Ciudadanos’ leader Albert Rivera who stripped off in 2006 when his new party was born. 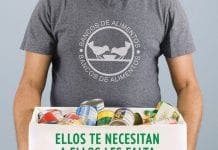 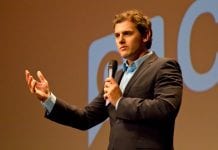