TWO men who smuggled more than a ton of hash into Spain via Torrox beach have been jailed. 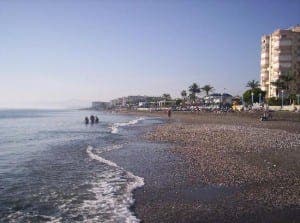 One man was sentenced to three years in prison with a fine of €2 million for endangering public health with the mitigation of drug addiction.

His accomplice will spend 10 months behind bars with a €16,000 fine for money laundering.

Beach nourishment: Spain’s Malaga to receive 300,000 m3 of sand in effort to restore sand loss due to recent storms