SPANISH police have arrested five people for attempting to buy the kidney of an immigrant. 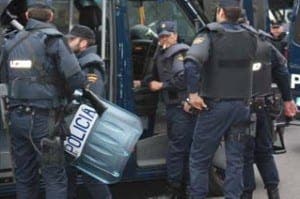 It was revealed today that the five offered a penniless immigrant €6,000 in exchange for a kidney.

A short statement has been published in collaboration with German and Belgian police but it is not clear where the arrests were made.

The immigrant reportedly tried to pull out of the deal while he was undergoing clinical tests so he was kidnapped, beaten and threatened with death to make him go ahead.

The statement said: “The person wanting to buy the organ was the leader of a criminal gang specialising in robberies who wanted it for a son suffering from kidney disease.”

Just two months ago, in March, Spain signed the first ever international treaty against the trafficking of human organs.

But it is a lucrative business, making over €1 billion in profits worldwide each year.