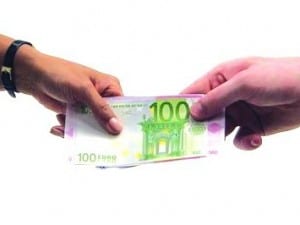 AN Olive Press investigation exposing the practice of lawyers giving agents ‘backhanders’ in return for work has gained the support of two key lobbying groups.

Established expat campaign group AUAN has thrown its weight behind the campaign, alongside a leading legal practice, that has been attempting to outlaw the practice since 2013.

Our ongoing probe aims to stop the corrupt practice of agents only giving conveyancing jobs to lawyers if they agree to a kickback of up to 20%.

“Any initiative that helps to protect the interests of purchasers and improves the marketplace is a good thing,” said AUAN president Maura Hillen, whose group has been fighting demolitions of so-called irregular properties for nearly a decade.

Meanwhile major Spanish law firm Ramon C Pelayo Abogados has lent its support, after fighting the unethical practice in the courts since 2013.

“It is great to find someone else that defends the same principles as us,” said boss Ramon Pelayo.

“We are fighting against this kind of practice that has spread among some ‘colleagues’.

He added: “At the moment, one of our lawyers is trying to take on a high profile law firm and has submitted a denuncia to the Malaga Bar Association.”

According to Article 19 of Spain’s official code of ethics “a lawyer may never pay, demand or accept commissions or other monies from another lawyer, or any other person for having sent a client or recommending future customers”.

A total of 14 law firms and 10 estate agents have so far backed the campaign.

So far appeals for the Malaga Law Society and UK Law Society to back the campaign have been unsuccessful.

To add your name to the Olive Press’ list of ethical lawyers and estate agents email newsdesk@theolivepress.es or call 951 273 575.

• Click to visit the KO the Kickbacks campaign page