THE Rock’s controversial artificial reef is ‘teeming with life’, two years after it drew furious protests from Spain.

Gibraltar’s environmental department claims the decision to install the reef is now completely vindicated as it ‘exploding with life’. 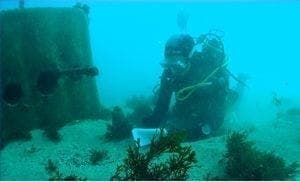 , when 70 concrete blocks were sunk into the waters surrounding the British territory’s runway.

“This is what happens when you let Mother Nature do her work,” said Stephen Warr, senior environment officer.

“We kick-started things because we know that in the area where the reef was laid there used to be sea grass, so we are trying to restore the marine environment to its former glory.”

John Culatto - 5 Oct, 2022 @ 17:01
HEALTH bosses in Gibraltar have kicked off a campaign to collect unused medicines from former patients to help save cash and prevent poisoning. The Gibraltar...