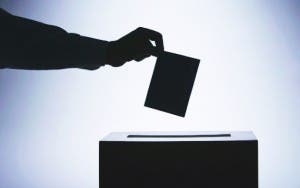 IT may only seem like yesterday that the cheesy grins of Susana Diaz were torn down from their lofty lamppost perches, after the Junta elections in March.

But now the billboard brigade are out in full force once again with millions being spent during Spain’s local elections.

This time, instead of Diaz, Teresa Rodriguez and co, we have the faces of mayors and mayors-elect promising this and that.

Local election fever is sweeping the nation, prior to the ballot on May 24, and ‘time for change’ is the phrase on most people’s lips.

After four years most mayors have done their best, many their worst and some have behaved downright illegally.

In many cases – although not all – it is time to move them on and find someone with fresh ideas.

In this country full of nepotic town halls and scandal-ridden politicians, the time is ripe for a new dawn.

The local elections provide a platform to vote for that fresh start, but unlike in the Junta elections, expats will have their say.

Given that over 6 million foreigners live and pay their taxes in Spain, it’s fair to say this makes sense, and that we have every right to take part.

So use your vote to make a difference to the country you have adopted, a positive change.

Thankfully, this year we finally have some real choices with the likes of Ciudadanos and Podemos and its little sister Ganemos emerging on the political landscape.

Consider what they offer, demand transparency and insist on an end to corruption.

Above all, challenge the old regimes and call for more.

Rarely has a nation been so riddled with corruption as Spain has been: from the big-wigs in Madrid embezzling millions to undeclared Swiss accounts to the crooked politicians at the Junta robbing the state of billions.

We say out with the old, stale crop and in with the new, fresh faces, ideas and hopes.

When corruption becomes synonymous with politics, so does time for change.