FROM dream fincas in the hills to town houses in quaint pueblos blancos, property has got hot, hot, hot in the Guadalhorce Valley.

It would appear that the Andalucian property boom started in Marbella is not restricted to the Costa del Sol and has moved its way inland.

And as the buyers flock in – predominantly British – the estate agents have been left chasing their tails to keep up with demand.

“We have seen the best start to a year that I can remember,” explains estate agent Jo Wood of Grapevine properties.

“It is ridiculously busy at the moment. We have sold so many properties already this year that we have been left scrambling around to find sellers.

“Don’t get me wrong, it is a nice problem to have.”

Jo came to the Guadalhorce Valley in 2003 where she set up her business with her husband Graham.

And after a few quiet years during the recession, she explains how things have been moving in the right direction.

“Last year was a much better year for us, and that has rolled on to the start of this year,” she says.

“We are even seeing townhouses being snapped up, which was previously unheard of.”

Jo explains that the property market has been boosted by an influx in British buyers piling in their pounds across the Guadalhorce Valley.

This is a trend fellow estate agent Margaret Mitchell from Alora Properties has also seen.

“During the crisis years from 2008 to 2013 it was mainly Dutch and Belgian buyers looking to buy into the life on offer in the Valley,” explains Margaret who has been based in Alora since 1998.

“But since then the British have been coming back and I expect that to continue as long as the pound stays strong.

“All sorts of properties are selling now, be it in small villages, larger towns or a lone finca in the countryside.”

Fellow agent Julia Pronegg, who has worked for Aris Inmobilaria in Alhaurin de la Torre for 18 years, is equally optimistic about the market.

She believes the recent ‘obsession’ with Malaga in the world’s press is driving the property market in the valley.

“The market is definitely picking up,” she says. “The attraction of Alhaurin and the Guadalhorce Valley as a whole is the feeling of being in a typically Spanish place.

She adds: “It is a great place to integrate yourself with the Spanish way of life, and being so close to Malaga and the Costa del Sol, home comforts are not too far away for Brits looking to move here.

“The fact that Malaga is being dubbed the new Barcelona also helps a great deal.” 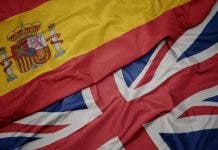