FOOTBALL hero Cristiano Ronaldo’s mother was caught flouting the law carrying €55,000 in her hand luggage as she tried to leave Spain.

State laws on money laundering dictate that €10,000 is the maximum that can be taken out of Spain undeclared.

Dolores Aveiro, 60, had not filled in the declaration forms for her cargo and was held by civil guards while the money was confiscated in Barajas airport last month.

Father and stepmother arrested in Portugal after body of girl, 9, found in forest 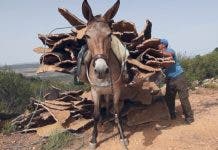 Number of plane passengers in Spain decrease by nearly 60% in March, in comparison to the same month last year