A SPANISH director is hoping to influence thousands of people with the launch of a moving and innovative documentary about Spain’s culture of animal genocide.

Santa Fiesta is a documentary produced by Miguel Angel Rolland which aims to uncover and challenge the barbaric attitudes that religious and political authorities uphold towards animal cruelty across the peninsular.

It is estimated that 60,000 animals die every year at popular religious and traditional festivals throughout Spain and Rolland mentions on his website that bullfighting is ‘just the tip of the iceberg’.

The film promises to offer a genuine insight into the torturing and sacrificing of animals as a way of religious celebration.

Filmed secretly over a year, Santa Fiesta is particularly unique in that it lacks interviews, narration or musical score. By solely focusing upon image and noise, Rolland hopes that the authentic sounds of what he and his production team filmed will horrifically expose how such celebrations are wholly unjustified.

In spite of being produced without financial help from any Spanish broadcaster, online donations from more than 30 countries worldwide have already amassed the €16,000 target that Rolland initially set for the film on his crowd funding website.

Speaking exclusively to the Olive Press, Miguel-Angel described this financial support as ‘extraordinary’ but admitted that there was ‘still a lot of work’ to be done.

He continued: “I always wanted to make a film where I could reveal to the rest of the world how this is not picturesque at all, how this is a huge moral and humanitarian problem which affects all of us.”

Despite having worked in the film industry for over 20 years, Rolland has singled out his latest film as ‘the most important work’ of his career because of the change he hopes it will contribute to society.

It is hoped that the film will be launched for theatrical release later this year. 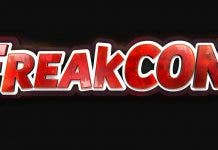