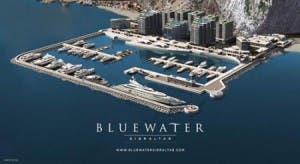 A NEW £1.1 billion marina complex is set to be constructed on the Rock’s currently undeveloped Eastern side.

Blue Water Gibraltar will be built on reclaimed land alongside Catalan Bay and will have moorings for super yachts.

There will also be a series of shops and restaurants as well as 1,000 affordable homes.

A five-star hotel will also be constructed, along with a new promenade linking Eastern beach to Catalan Bay. The development is expected to take five years.

The government has awarded the project to firm Developers Camoren Holdings, which is being financed by various external investors.

Chief Minister Fabian Picardo said: “This is a hugely important day for the whole of Gibraltar. These outside investors are demonstrating huge confidence in our economy and our stewardship of it.”

John Culatto - 29 Jan, 2023 @ 09:00
THE Gibraltar Government has called the twelfth round of post-Brexit talks between the UK and the EU ‘positive and constructive’ after they ended without...