THE Spanish female team have called for their coach Ignacio Quereda to be sacked. 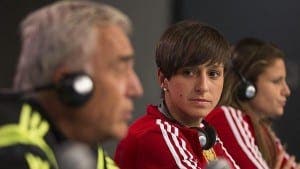 news comes after the side’s disappointing FIFA World Cup campaign in Canada, where they finished bottom of their group.

Despite taking Spain to their first ever tournament, his team took just one point from their three group matches after they lost to Costa Rica and Brazil.

Ranked 14th in the world, Spain’s dismal performance in Canada means they have missed out on qualification for the Rio 2016 Olympics.

Quereda has been in charge of the national side since 1988.

OPINION: Myth or fact? Why we all need to be alarmed at Spain’s needle-spiking craze