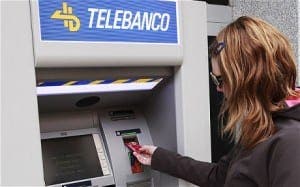 CASH is king in Spain where a massive 80% of transactions are still made in ‘efectivos’ (real money).

Just one in five payments in Spain are made by cards or online transfers, reveals the Spanish representatives for Mastercard.

In Scandinavian countries such as Sweden and Denmark, electronic payments are used in around 60% of purchases, and it’s a similar story in Germany and Britain.

Bank data reveals some €111 billion was withdrawn from Spanish ATMs in 2014, with €105 billion spent in cash buys.

The government is making moves to stamp down on cash payments exceeding €3,000 and demanding explanation for transfers of over €10,000 to prevent a ‘hidden economy’.