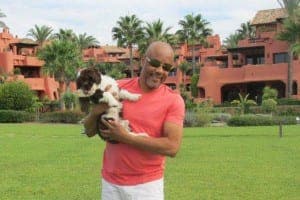 IT does not come easy to knock another publication.

In the cut-throat media world, solidarity between rival publications is often key.

But two years of calls from former members of staff at Simply Media and Sunsearch asking us to investigate cannot be ignored.

A former sales manager, former bookkeeper, former distributor and former writers have all gone unpaid. Not to mention at least one printer.

But when someone with the chequered business history of boss Stanley Israel threatens to ruin everyone else’s hard work, he needs to be exposed.

Claiming a many times higher print run than true, printing adverts that have not been contracted and claiming to distribute in the world’s top hotels and airport lounges…Stan, enough is enough.

For the first time in Costa del Sol history, the Olive Press stands alongside the Euro Weekly News, Essential Magazine and Hot Magazine to call time on this charade.

We all have our differences and our disagreements, but every one of us has worked incredibly hard in very tough times to still be here.

Hard work, integrity and honesty counts for everything these days.