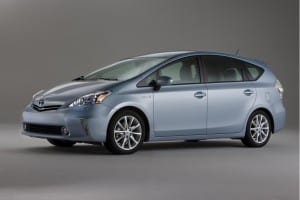 TOYOTA has recalled 12,639 hybrid cars in Spain due to a software malfunction that could shut down the hybrid system spontaneously.

The company will be examining the Auris and Prius+ hybrid models produced between May 2010 and November 2014.

Toyota stated that the malfunction could cause overheating of transmitters that can turn on warning lights on the dashboard, which would then reduce the driving power of the car, and in worst case deactivate the hybrid system and stop the car entirely.