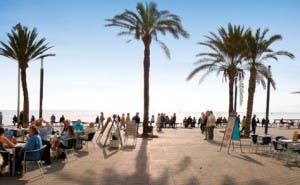 ACCORDING to the National Institute of Statistics (INE), Torrevieja is the poorest city in Spain.

Indeed, the immensely popular Costa Blanca resort has the lowest per capita average income of any city.

However, doubts have now been raised about how the city’s peculiarities might be producing misleading figures.

Only about half of Torrevieja’s population is Spanish, and since foreign residents file their taxes in their home countries, their incomes are not counted in official statistics.

However, among Torrevieja’s Spanish population, poverty is indeed a serious issue.

“Here there’s only work in the summer,” says resident Arlene Alarcón, 33. “In the winter you have to get by with unemployment or with benefits.”

In fact, Torrevieja is one of the few cities in Spain that has more holiday homes than permanent residences.

A spokeswoman for Spain’s National Institute of Statistics, which published the original data, admitted that cities like Torrevieja might have their numbers skewed due to high numbers of foreign residents.

The Olive Press will be going to investigate circumstances in Torrevieja in the coming weeks.

Contact us with your comments and opinions at +34 951 273 575 or newsdesk@theolivepress.es