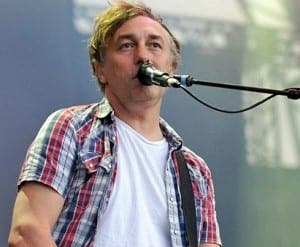 CASTILLO  Sohail in Fuengirola is not a place for British military enthusiasts to boast about.

During the Peninsula War, a Polish unit of 150 was sent to the citadel by the Duchy of Warsaw to support Napoleon’s French Empire in the Costa del Sol.

Britain had a different idea. In the autumn of 1810, along with Spanish troops, they asked the Polish to surrender the castle. “Uh-uh” was the reply and a battle ensued. However, the resilient Polska won the feud. Napoleon himself awarded the Legion of Honour to the victorious Polish officers.

But today, Britain need not worry about another Frenchman arriving on the shores of Costa del Sol. Hailing from Brittany, France, Yann Tiersen performed his canon of work in Castillo Sohail as part of a three day Festival Ciudad de Fuengirola.

Propelled to popularity after his soundtrack for 2001 French comedy Amelie, Yann Tiersen’s cinematic music is quintessential France. Piano, strings, accordion, bells and toy pianos are used to create a world of romance, melancholy and humour.

After eight albums, Yann Tiersen has gone down a different route. He is more focused on making music with vocals and strange sounds, stepping away from those cinematic anthems of his early work fifteen years ago.

For his latest album Infinity, the French musician has used gentle melodies, vocal ensembles and sparsity. It evokes the landscape of Iceland, which is where Yann first started writing his new record.

Yann seems to have a great affection for the Nordic world. So much so that between 7-15 July he and two band mates completed a cycling tour of Norway, performing and recording a song each day en route.

So after a line of chilling Scandinavian concerts, Yann Tiersen bandied his merry men of musicians to play his thoughtful music in southern Europe.

Yann is taking in five cities across Spain, although not on bicycles. In Costa del Sol he played his Gallic melodies under a very picturesque setting.

Castillo Sohail was a grand venue. Castle turrets surrounded the stage, the summer evening sky was above and the audience was in an area where soldiers once prepared for battle.

The evening was hot, many people flapping fans to cool down. But Yann’s music helped to keep cool, particularly since most of it is influenced by his journeys in Iceland.

He began the concert with much material from Infinity. Slippery Stones, A Midsummer Evening and Ar Maen Bihan were played by Yann and his four-piece backing band. The songs were gentle and soothing, the musicians playing a variety of instruments: from toy bells, glockenspiel to a big synthesiser.

But the audience was eager to hear material from his Amelie days. Which Yann duly delivered in the form of La Valse d’Amelie. The original recorded version is played with piano, but this time he opted for the Melodica, a small mobile keyboard that the musicians blows into to produce sounds.

The French maestro continued to play early material. He mingled the set list with a rendition of Rue de Cascades. This song is usually sung by a female vocalist, however this time it was Yann and his troop of men. The vocal harmonies were splendid but it was slightly relaxed and lacked the ompf from earlier live performances.

Relaxed is probably the best word to describe the concert. The music was calm, sparse and reserved. This perhaps is the direction Yann wants. He doesn’t play with string quartets to support his cinematic music. Instead, it is him and four guys producing sounds to evoke images of Icelandic landscapes and touch upon his early work.

For his encore, Yann played Sur le Fin alone with his violin. It was the most powerful moment of the concert and proved how great of a musical talent Yann Tiersen possesses. One person in the crowd brandished a small Brittany flag in support. Oh no, the French were invading again! But this time with a violin and not canons.