A CONVICTED sex offender has been charged with the abduction of an 11-year-old boy. 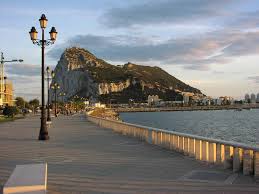 Gibraltarian Karim Rudge, has been charged with the abduction of a minor as well as breaching a Sexual Offences Prevention Order by having contact with a minor under the age of 16.

Rudge, 26, spent three months in prison last year for having sex with an underaged girl.

A taxi-driver reported the man to Spanish police who worked with the RGP to have the man detained.

He will appear in Magistrates court later today.