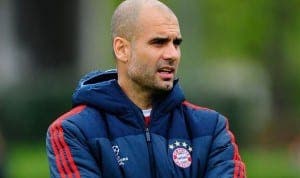 PEP Guardiola sets his sights higher for his next managerial position: local government.

The ex-FC Barcelona and current Bayern Munich coach has announced that he will run for regional parliament in Cataluyna on Artur Mas’ pro-sovereignty ticket.

Although he doesn’t intend to take the position if he is elected, Guardiola commented that putting his name in the running was an important step in showing his support for Catalonian independence.

The parties supporting secession, the Democratic Convergence of Catalonia and the Catalan Republican Left, believe that the support of celebrities such as Guardiola will help drum up support.

Cristina Hodgson - 7 Oct, 2022 @ 08:45
MALAGA has been included as one of the 15 Spanish cities with the best quality of life. Malaga has optimal air quality, is the fourth...