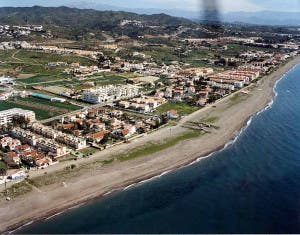 THE Guardia Civil in Rincon de la Victoria has arrested an 83-year-old woman on suspicion of bludgeoning her husband with a crutch.

The woman contacted the authorities to report that her husband, also 83, had fallen off the sofa, after which he was taken the hospital and died the day after.

Upon investigating, however, the police determined that the injuries he had suffered didn’t match a fall, and after finding blood stains the husband’s crutch, were able to match the man’s head wounds to the side of the suitcase.

His wife, who was the only one present, told the false version to the police, and has now been taken into custody.