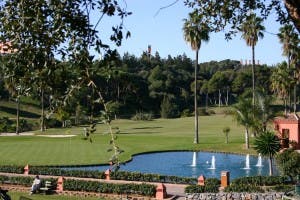 The development ICON, enabled by a €150 million American investor, will create 400 jobs and employ six architects.

Out of the 200 super-luxurious villas planned, each valued between €1.5-2 million, almost 70 percent have already been sold, primarily to Scandinavians, Brits and Russians.

Santa Clara neighbours Los Monteros, one of the most exclusive urbanisations on the Costa del Sol.

Kirsty Mckenzie - 8 Mar, 2021 @ 21:00
Hundreds of events have taken place across the country to celebrate International Women's Day. Protests have been held, with many taking place virtually or with...

‘Don’t worry about it sweetheart’ From unfair wages to creepy jokes here’s the reality for women in the workplace...

SHOT IN THE ARM as Spain’s Health Minister says that 4.8 million Pfizer vaccines will arrive in April

Man arrested after forcing wife into prostitution in Spain’s Mallorca