A YEAR after the Ebola epidemic, is a cure on the horizon?

The Hospital La Paz-Carlos III in Madrid, where Teresa Romero was treated, will begin testing an Ebola vaccine this autumn.

The experimental vaccine, which has demonstrated 100% success rate in previous trials, is called VSV-ZEBOV and contains a bovine strain of the disease.

The vaccine has previously been used to treat 4,000 people in Guinea at the height of the Ebola crisis.

The hospital will also be studying the effectiveness of their treatment of Teresa Romero, who was the first case of Ebola outside of Africa. 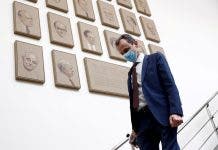