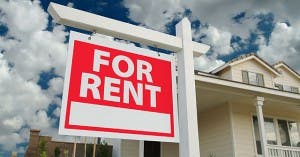 FOR students on a budget, sharing a flat is as much a rite of passage as pulling an all-nighter.

So those joining in 2015 or 2016 will be delighted to hear that the average cost of a shared apartment in a Spanish university city is now just €229 per month, according to a study by property portal Pisos.com.

That’s well below the overall European monthly average of €350 — and less than a third the cost of a shared flat in the UK, which will set you back a staggering €808 per month.

That makes Britain the most expensive country in Europe to share housing.

However, the UK is also the most popular destination for Spanish students on their Erasmus year, followed by Italy, Germany and France.

If you’ve not decided where to study yet, it’s worth doing some research. Within Spain itself, the average monthly cost of a shared flat varies hugely by city, ranging from €147 in Murcia to €313 in Madrid.