THE head of Ukraine’s Presidential Administration is backing a Russian tobacco giant. 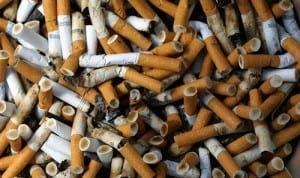 Megapolis take a cut of the money when they sell on cigarettes to retailers to effectively give them exclusive selling rights in Ukraine.

Any retailer not complying is shut out of the market.

The company is a subsidiary of Russian distributor Megapolis, whose principal owners are Igor and Sergei Kasaev.

Forbes estimate that some of the profit was ploughed back into arms manufacturing companies, including a factory that produces Kalashnikovs and AK47s.

Boris Kaufman, one of Megapolis’s political associates, has been closely linked to Lozhkin, whose Austrian bank account was frozen last month.

Reports suggest €113 million was deposited in the account from Ukrainian fugitive Serhiy Kurchenko.