MOTOGP legend Valentino Rossi’s bad week could get even worse.

After narrowly missing out on the MotoGP title to Spaniard Jorge Lorenzo, the Italian motorbike rider could now be stripped of his star at Jerez’s Walk of Fame.

Over 3,000 people have signed a petition to remove the star after Rossi intentionally kicked Spaniard Marc Marquez from his bike in the Malaysian Grand Prix.

As punishment Rossi was made to start at the back of the grid in the final race of the season in Valencia.

It was however too much of an ask, with Lorenzo claiming victory and Rossi finishing fourth, giving the Spaniard his third title. 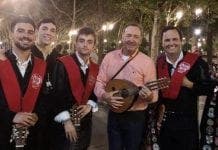