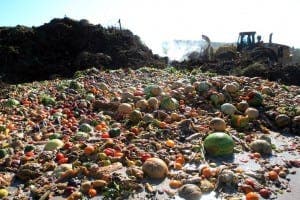 Residents have now served the town hall and the Junta  de Andalucia with a denuncia for breaching environmental law, after collecting over 100 signatures in a change.org petition.

Protests were launched after the town hall approved the project to be built on protected land that is close to thousands of homeowners.

They are complaining that the site infringes on environmental law because it is less than 2km away from residential properties.

The site’s developers, however, insist that the composting site violates no laws and will have no impact on nearby homes.