MOST 15-year-olds are accustomed to lifting up PlayStation controllers or smart phones… but not Leon de Roeck.

The teenage muscleman has been smashing records at the WPC Weightlifting World Championships in Portugal.

Breaking the bench press world record for his age by 15kg, Gibraltarian de Roeck benched an incredible 155kg at the event in Maia.

Weighing in at 103.6kg, de Roeck told the Olive Press that ‘failure was never an option’.

“I am over the moon that I am not just breaking records but smashing them,” he added.

Meanwhile mentor Cyrus Licudi told the Olive Press that he expects de Roeck to set more world records in the coming days as he competes in deadlift and squat events.

“No one can believe the strength and ability for a boy of only 15,” he told the Olive Press. “Leon continues to break new records. He sure is making Gibraltar proud.”

In addition he also regularly trains with six-time Mr Olympia Dorian Yates at his Marbella gym. 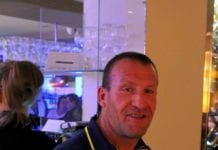 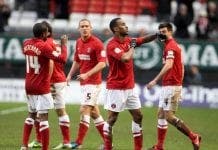