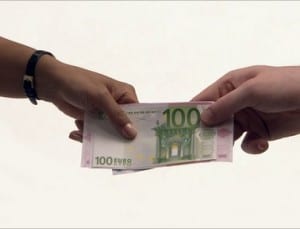 A MAJOR Costa del Sol law firm is being probed over kickbacks in return for conveyancing deals.

Marbella-based Martinez-Echevarria Abogados has been denounced for breaching a legal code of ethics by paying commissions to estate agents for contracts.

A new ruling by the Malaga Bar Association now means that the firm could be heavily fined and even suspended from practising.

The association has launched an investigation, after the firm was accused of taking ‘power of persuasion commissions’ in a legal dossier – seen by the Olive Press.

Meanwhile, the firm strongly denies the allegation and is contesting the association’s credibility. It is also taking legal action against one of its directors.

Martinez-Echevarria’s attorney Antonio Torrecillas has filed a criminal complaint against the director for misappropriating €600,000 and claims the association’s rulings are ‘void’ until the case is resolved.

It comes just months after the Olive Press launched a campaign exposing the practice of lawyers giving agents ‘backhanders’ of up to 20% for working on conveyancing deals.

Some 25 legal firms, estate agents and lobbying groups have already publicly backed the campaign, which is gathering speed.

The Olive Press understands at least two other major legal firms and up to a dozen smaller ones have allegedly been taking backhanders.

This is despite a national code of practice stating that ‘a lawyer may never pay, demand or accept, commissions, or other monies from another lawyer, or any other person for having sent a client or recommending future customers’.

Despite the law, no legal firm has yet been found guilty of paying backhanders.

However, both the Malaga Bar Association and the Andalucian lawyers association (CADECA) have now ruled that kickbacks are ‘absolutely forbidden’ by Spanish and European rules.

In a landmark joint statement, they insist any firm offering them will ‘be penalised’.
Marbella lawyer Alex Radford from My Lawyer in Spain, believes the ruling is ‘great news for honest and independent law firms’.

“This action is long overdue as there are many firms who have been involved in this unfair practice for far too long,” he added.

Meanwhile, fellow lawyer Ramon Pelayo added: “The ruling is highly significant in that it stamps out a corruption that has distorted free competition.

“It puts an end to the unfair practices that have gravely harmed the interests of clients.”

He added: “The true relevance of this ruling will depend on measures enforced by the Bar Association in the future.

Estate agents and law firms are now being encouraged to report any suspected malpractice to the Malaga Bar Association.