MORE Spaniards are expected to take part in the annual Christmas lottery than voted in the General Election.

It is estimated that 75% of Spaniards will buy tickets for Tuesday’s €2.24 billion El Gordo (The Fat One) lottery, while just under 72% voted in Sunday’s election.

El Gordo is the world’s biggest lottery with this year’s top prize capped at €4 million.

The Christmas lottery has been a Spanish yuletide fixture since 1812. The winning numbers are sang by pupils from San Ildefonso, which was originally an orphanage. 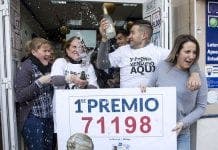 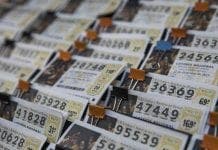