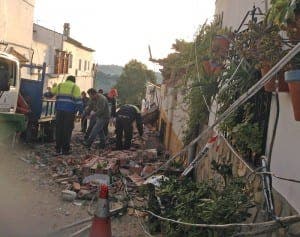 THE Angel Gabriel must have been looking over an elderly Scottish expat after she survived the trauma of her house collapsing in the middle of the night.

Jimena de la Frontera’s finest firefighters, police and ambulances rushed to the scene after the roof of frail and bedridden Jane Smith-Gomilla, 87, fell in with a huge crash.

Firemen had to remove roof tiles to extricate Smith-Gomilla from the only room that had not been totally flattened.

The street, Calle la Vaca was closed for some time with collateral damage on neighbouring houses but, miraculously, Jane did not sustain serious injuries.

She was rushed to the health centre and has now been housed by social services in nearby Estacion de Jimena. 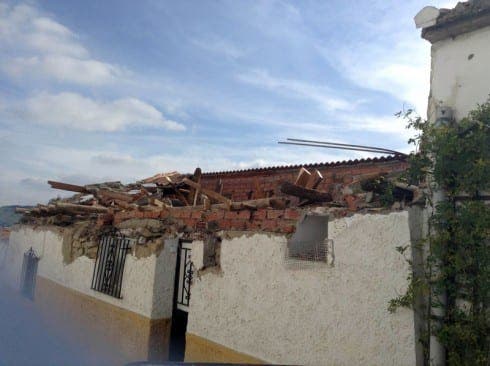