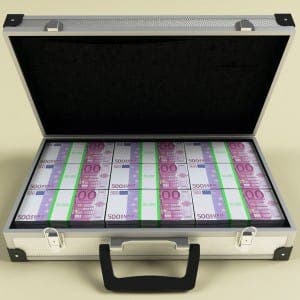 IKEA will discontinue its popular ‘Voila’ briefcase with €1 million inside.

In a joke article, the Scandinavian retailer pulled no punches in response to ex-General secretary Francisco Granados ludicrous claim that a money-filled briefcase had been left at his in-laws home by a ‘plumber or some delivery person from Ikea’.

A search of his parents-in-laws’ property turned up the million euros stashed in a briefcase, after Granados was jailed as part of the Punica investigation into bribery and corruption.

Needless to say, the judge didn’t buy Granados’ explanation and refused him bail.

In its satirical article, the Swedish chain announced that the ‘Voila was not profitable’.

“One of the biggest blockbusters of Ikea, a briefcase full of money and designed to be placed in the will disappear from the catalogue of the famous Swedish company this coming January,” the article read.

The article also recommended that all current Voila owners ‘should hide it out of sight and try to forget about it’.

INTERVIEW: Meet the Ikea manager who is helping develop a new Silicon Valley in Malaga on Spain’s Costa del Sol

You can get everything in IKEA – including a quickie divorce