A €50,000 golden statue bought from public coffers has sparked outrage on the Costa del Sol.

Estepona PP mayor Jose Urbano is facing a backlash from within the town hall after secretly commissioning the statue.

He is now facing accusations of abusing his mayoral powers for spending public funds without at least consulting the council first.

Estepona PSOE leader and councillor Manuela Benitez, and other council members are now calling for tighter restrictions on public spending.

While a mayor is allowed to commission ‘constructions’ in his town without the approval of his council, the disposal of ‘any sum considered a large amount of money for the area’ must be backed by the council before it is spent, according to Spanish law.

“This is a perfect example of the autocratic style of the current mayor, who has just been named an MP,” Benitez told the Olive Press.

“It seems as if he was imagining himself already as an MP in Madrid when he signed off such a large sum of public money.

“Spending money on culture as with anything else should be subject to public knowledge and democratic approval.”

Benitez argued there are more important areas to be spending council funds on, questioning how the mayor could justify the large fee while the Comedor Social (soup kitchen) receives just €18,000 a year.

“There are many Esteponeros in need and yet they are receiving very little help,” she added.

Located on a roundabout in the centre of Estepona, the golden statue was created by renowned Madrid sculptor Santiago de Santiago for €48,279.

Councillors claim they first heard of the purchase on the day the statue of a naked golden couple was erected.

A spokesman for the mayor confirmed the statue had been commissioned using public money but declined to answer any other Olive Press questions. 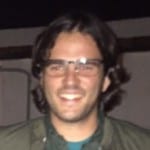 “Sculptures can be great but they need to be relevant. As far as I’m aware this has nothing to do with Estepona. The town’s murals are a cheaper, more relevant option.” 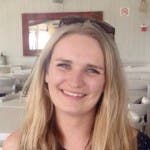 “This seems like a waste of money to me. Flower pots in the old town have improved Estepona, but this is a step too far. Personally I think it is quite obscene.” 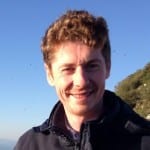 “I don’t think it fits in. There is lots of money being spent on making the town beautiful but there is a huge issue with parking which the money would be better spent on.”