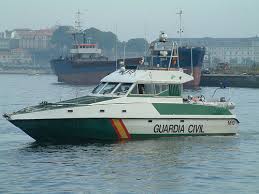 EIGHT Brits have been arrested after three tonnes of cocaine was seized in Spain.

Worth €681 million, the Class A drug load was seized in Galicia.

The Brits, based in Malaga, are believed to have been purchasing the load.

Police claim the suspects belong to an ‘important group of drug traffickers based on the Costa del Sol’.

Further arrests of Dutch nationals took place after they allegedly smuggled the drugs into Spain from South America.