EXPERTS have calmed fears that another huge earthquake is set to hit the Costa del Sol tomorrow.

It comes after rumours rocked the coast that another big quake similar to the one on Monday morning would cause considerably more destruction.

Tremors have continued to rumble along the coast following the 6.1 magnitude earthquake that centered 132km from Malaga in the Alboran Sea at 5.22am.

So far, more than 160 aftershocks have been recorded in Malaga since Monday’s quake, leading to expats along the coast to fear another big quake like the one in the city of Lorca, in Murcia in 2011.

Malaga and Granada are in the most dangerous earthquake zone of the Iberian peninsula, with the Axarquia particularly vulnerable.

However, following calls and emails to the Olive Press news desk, experts insist that another big quake was ‘unlikely’.

Manuel Navarro, from the University of Almeria’s geophysics department, said that the Alboran Sea has the highest seismic activity in the Iberian Peninsula.

He said that after such a large quake there are ‘usually more tremors’.

The previous largest earthquake to hit Malaga struck on March 29, 1954, measuring seven on the Richter scale with its epicentre in Durcal, Granada.

Experts also warned people to remain where they are if an earthquake strikes.

“If you are in a building, stay inside,” said Mercedes Feriche from the Andalucian Institute of Geophysics.

“If you are outside, remain outside. Don’t enter or leave a building. The majority of the vicitms of the Lorca earthquake were killed when they left or entered a building.”

Earthquakes: What to do? Before, during and after
1 of 3 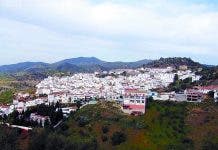 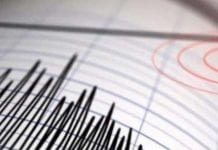 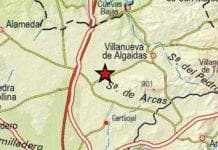 DID YOU FEEL IT? 3.5 magnitude earthquake shakes Spain’s Andalucia early this morning