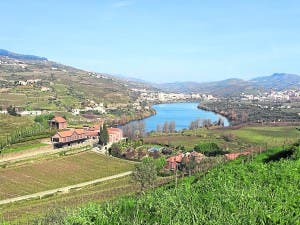 FEW places in Europe have such an exacting sense of place.

Nestled in a vineyard and beside acres of woodland, there is nothing unnatural about the Six Senses Douro Valley Resort.

Slowly developing over two centuries, this 19th century chateau sits on a gentle meander of the Douro river, some 90 minutes inland from Porto.

Counting on a sizeable vegetable garden, orchards and even orange groves, it is the sort of place where, throw in a pig and a couple of goats, one could have a stab at the good life and angle for self sufficiency.

So it is entirely appropriate that one of the world’s most exclusive hotel chains has recently opened its first European hotel here.

Launched in Asia, the Six Senses chain, that now stretches from Oman to Vietnam, is known for its approach to sustainability and is a keen supporter of organic agriculture and initiatives, such as the Slow Food movement. 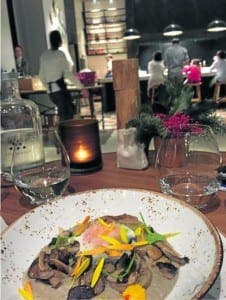 This is quickly apparent with its new resort which puts a big emphasis on its produce, counting on two organic gardens, fabulous herb beds and a big composting facility.

Banning all pesticides and big on mulching, its gardeners use aromatic plants, such as calendula and lemongrass, to keep the pests at bay.

“We aim to be self sufficient one day and local, seasonal produce is a major focus in our restaurants,” explains manager Nick Yarnell, who previously worked at the Four Seasons in Marrakech.

The menu certainly reflects this, focussing heavily on vegetables and broths, and winter flavours: A leek and persimmon salad with pine nuts and rocket is assembled entirely from the grounds, while truffled mushrooms with free range egg is straight from the nearby hills.

The food was perfectly matched by the ambience of the dining room; with its flagstone floors, ancient wooden doors and original selection of family photos and curios.

This look spreads throughout the hotel, which unfolds like a sultan’s palace, and includes a breathtaking spa, amazing ‘wine library’ and stylish bar area, replete with pool table and a huge trunk full of games for children.

But really nothing has been left to the imagination and guests are offered a choice of activities during the day – many free – including ‘tree climbing’, yoga and guided walks around the grounds, vineyard and herb garden.

My favourite part – with the exception of the stunning views along the river from the bedroom – was a complimentary wine tasting session, including the hotel’s very own coupage.

It couldn’t have better summed up the hotel’s very existence and sense of place.

To sum up; as luxury goes this new resort creates a definite destination in one of Portugal’s poorest regions and its success will hopefully inspire the chain to open more around the Iberian Peninsula over the next few years.